The Real World Has No Bulls-Eyes To illustrate the point that ideas are inherently not valuable, I often tell the story to early-stage entrepreneurs of how no one ever came up with the idea for Facebook. Sure, Zuckerberg and friends had an idea, and we obviously ended up with Facebook — but the idea they had was for something very different.

And so it is with any innovation. Damien Newman called this phenomenon the design squiggle: 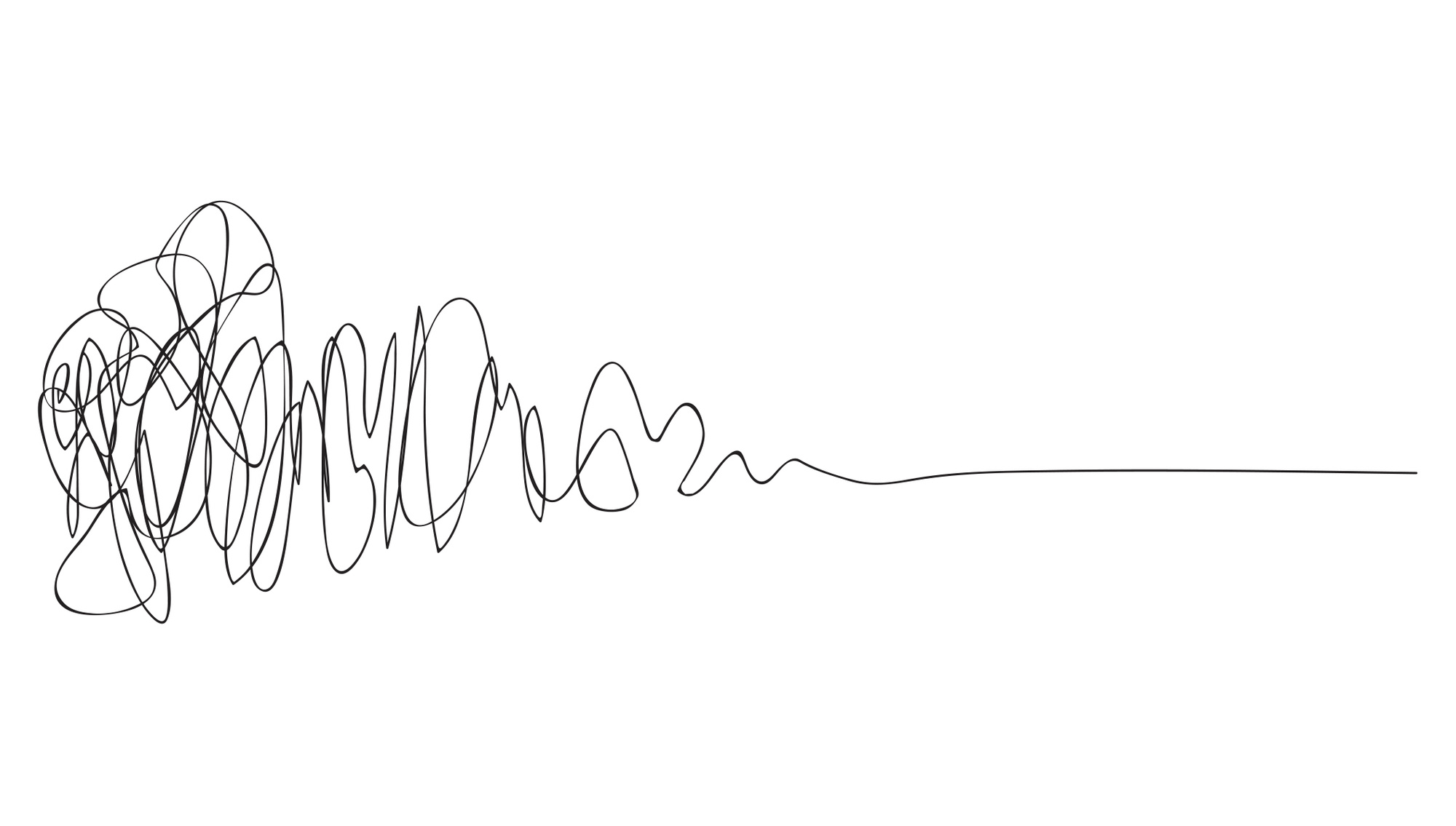 Early in the creation of anything interesting (read: novel) is a lot noise and messiness and uncertainty, wrapped into a near-constant process of iteration. Over time and with validation, we decrease that noise and, with increased certainty, things become predictable again.

This requires a certain shift in our mindset. We have to think a lot less about where we're going to end up (because we don't know) and a lot more about the direction we want to head — which is just another way of talking about the very next step we're taking on our journey.

And, sure, we definitely need to have an hypothesis of where we are going to end up, but we also need the humility to know it's probably not right. We need to constantly re-evaluate the direction in which we're walking against the available evidence in a kind of Bayesian way, adjusting ever more toward realizing the bigger success — whatever it might ultimately look like.

Put another way: if you set up the definition of success as hitting a specific target in the distant future, you'll fail 100% of the time. If you set up a goal of seeing if the very next step works, then... well, you'll still fail a lot, but you'll fail a lot less — and, most importantly, you'll not fail quite so epicly.